You probably came across authors citing many different listings of key elements that contributed to the creation of human civilization. I too wanted to create here my listing, but actually not my listing. It is inspired by chapter 26 of the Quran: Surah al-Waqeah. The most important matter is that these elements are pure work of Allah and had He not blessed us with these elements -and continue to do so-, we and the entire human civilization would never exist.

Have you seen that which you emit? Is it you who creates it, or are We the Creator? We have decreed death among you, and We are not to be outdone. In that We will change your likenesses and produce you in that [form] which you do not know. And you have already known the first creation, so will you not remember? [56:58-62]

a journey from drop of water to a walking talking man

Civilization started on the earth with the start of the first man, or rather the first family. In a world void of Allah, it is very difficult to imagine the first human family coming to existence by itself. Instead of torturing our mind with endless hypothesis of the evolution of the first man from apes, let us shorten the journey and have peace of mind by believing the version of the Quran, for example as in chapter 30 verse 20.

And of His signs is that He created you from dust; then, suddenly you were human beings dispersing [throughout the earth].

It is He who created you from one soul and created from it its mate that he might dwell in security with her.

That was Adam and Eve. Allah then arranged all kind of mechanisms to make man get attracted to his mate and vice versa. A mystical splendid feeling of magnetic love and chemistry bonds man and women (and perhaps opposite sexes of any other creatures). Indeed, this bond is divine. Read for example Quran 30:21

And of His signs is that He created for you from yourselves mates that you may find tranquility in them; and He placed between you affection and mercy. Indeed in that are signs for a people who give thought.

This meeting between husband and wife ends at the moment of climax with this thick water that originates from between the backbone and the ribs. This then becomes the water that brought about human civilization.

O mankind, fear your Lord, who created you from one soul and created from it its mate and dispersed from both of them many men and women [Quran, Chapter 4, verse 1]

The journey of human creation from this drop of water to a walking talking human being is an amazing story and none other than Allah can do it. Read for example verse 22:5

O People, if you should be in doubt about the Resurrection, then [consider that] indeed, We created you from dust, then from a sperm-drop, then from a clinging clot, and then from a lump of flesh, formed and unformed - that We may show you. And We settle in the wombs whom We will for a specified term, then We bring you out as a child, and then [We develop you] that you may reach your [time of] maturity. And among you is he who is taken in [early] death, and among you is he who is returned to the most decrepit [old] age so that he knows, after [once having] knowledge, nothing. And you see the earth barren, but when We send down upon it rain, it quivers and swells and grows [something] of every beautiful kind.

If life is a divine miracle, so is death. The process of aging and depletion of human power so that his successor takes over the job of civilization is a thing to ponder upon. Read for example: 30:54

Allah has amazingly balanced human demography by adjusting birth and death rates in such a fine measure that no one dies or born one second before or after the determined time. 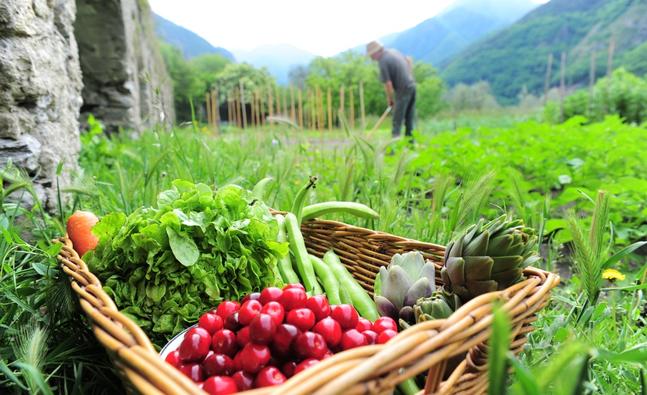 farmer only facilitates the growing of seeds

Bringing a dead seed buried in the soil into a plant is an amazing process that only Allah made it possible. Read verse 6:95

Allah never left us on earth without arranging our food source: plantation. This plantation caused the growth of communities, cities and states, in other words: civilization. The farmer never splits the lifeless seed into a baby plant. All he does is trying to create a conducive environment for this seed to split, like light, fertilizer and water.

Allah describes a community who were blessed with abundant food and plants but they were not grateful and as a result their civilization vanished. Read from Surah Saba Chapter 34:15-17.

There was for [the tribe of] Saba’ in their dwelling place a sign: two [fields of] gardens on the right and on the left. [They were told], “Eat from the provisions of your Lord and be grateful to Him. A good land [have you], and a forgiving Lord.” But they turned away [refusing], so We sent upon them the flood of the dam, and We replaced their two [fields of] gardens with gardens of bitter fruit, tamarisks and something of sparse lote trees. [By] that We repaid them because they disbelieved. And do We [thus] repay except the ungrateful?

No matter how much we are civilized now, if drought hits us today, we are not in better shape than our ancestors thousands of years ago. The bottom line is that we can never graduate to be independent of Allah’s help.

Right now the most powerful nation in its most advanced state California is undergoing drought. Read this statement from history channel.

California’s ongoing drought, which started in late 2011, has become so severe that the state is mandating water cuts for the first time ever. Crops are being devastated, wells are running dry, yards are turning brown, rare fish populations are plummeting, and desalination plants are being explored.

If you want to get a sense of importance of this element of civilization check its influence on the UN’s Sustainable Development Goals. Goal #2 is Zero Hunger. Goal #12 is responsible production and consumption. Goal #13 is climate action. Goal #15 is life on land.

If human being were to control his own provision, he would mess around, be stringent and paint a gloomy picture of future. No wonder that economics is sometimes called the dismal science. One solid example is the Malthusian view of exponential human growth versus arithmetic food growth. How eloquently Allah dismissed such fears in 17:100

Say [to them], “If you possessed the depositories of the mercy of my Lord, then you would withhold out of fear of spending.” And ever has man been stingy.

And have you seen the water that you drink? Is it you who brought it down from the clouds, or is it We who bring it down? If We willed, We could make it bitter, so why are you not grateful? [56:68-70] 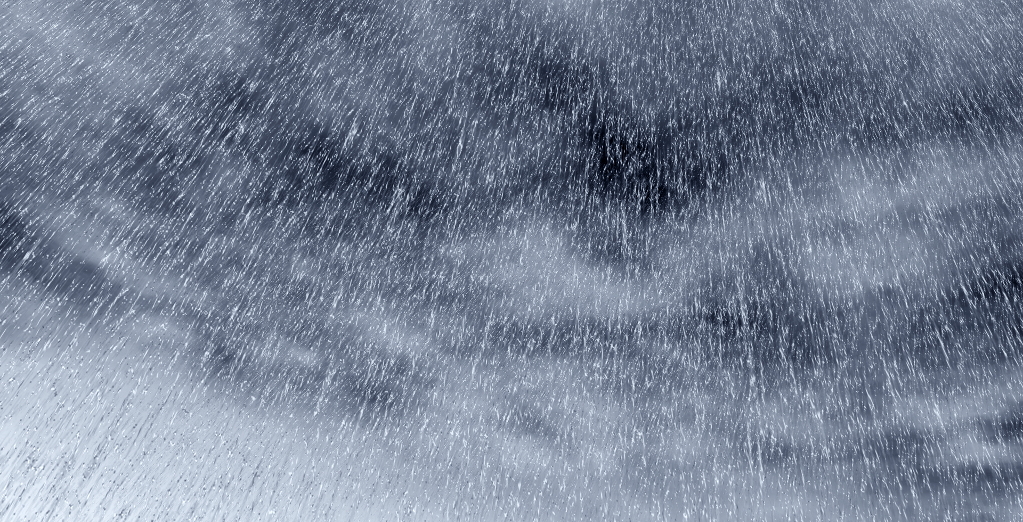 ”..and We made from water every living thing”. Thus said Allah in 21:30. Can anyone underestimate the role water played in human civilization? From irrigation to trade routes and many in between.

Have you ever compared the sunlight with human produced light? It is like comparing day and night. A similar comparison is the Allah-made desalination of sea water versus human desalination. How clearly this fact is emphasized in the above verse: “If we willed, We could make it bitter”.

The human attempt to make sea water sweet is a relatively new endeavor and is very energy hungry solution and is not feasible for mass production. Hence, we must rely on the water from sky, thus mercy of Allah.

In another location Allah draws our attention to another source of drinking water: ground water. Here again, if Allah willed, He would make this water go deeper to a level we human can not reach it and the entire population will officially enter into periods of drought. Read verse 67:30

Say, “Have you considered: if your water was to become sunken [into the earth], then who could bring you flowing water?” 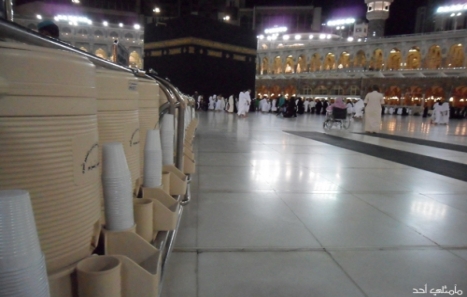 One cannot open a chapter on water without mentioning Zamzam water before closing the chapter. This underground water originates at the location of Allah’s house in Makkah and will continue to hold this special water till the end of times. Thus, Makkah symbolizes the spiritual as well as physical center for mankind and without it the earth will collapse. I know that I have just made a BIG statement here and I would never made it had I not heard Allah saying in 5:97 “Allah has made the Ka’bah, the Sacred House, standing for the people”. But that is probably a story for another day.

And have you seen the fire that you ignite? Is it you who produced its tree, or are We the producer? We have made it a reminder and provision for the travelers, [56:71-73]

fire getting born from tree

Not only religious scripture -like the verse above- show the significance of fire in human civilization, legends and myths do too. Greek and other mythologies talk about theft of fire, where gods and titans steal fire and give it to mankind as a gift so they can build their civilization.

The verse above gives answer to a question that has puzzled historians who do not seek answers from the Quran: how human discovered and controlled fire. They speculate answer to the first part (i.e., how human came to know fire?): when thunder bolts ignited fire in bushes, but how they learned to ignite controlled fire and use it for their needs.

The verse above is very clear that fire was indeed a gift from God, but no one stole anything from anybody, the gift actually came in the form of God showing man how to ignite fire from trees.

Moreover, if we attempt to link up fire with water the hidden link would be trees. Water cause the tree to grow, and man controlled fire through this tree. And the sweet water that caused the tree to grow comes from Allah, who could have made the water -which rises from seas and forms into could- salty and so no tree could grow.

Allah who gifted the mankind with these elements wants in return that we worship Him, and Him alone. He has detailed to us the way to worship Him through His prophets and messengers who were sent to every communities on every corner of earth. The last among them was Prophet Muhammad. Allah send to Muhammad this book called Quran which I have given few example verses in this article. I wish you take this article as an invitation to further explore this Quran in quest for solving big questions that puzzled human kind since antiquity.