I love trees. They give us more than we offer them. We get oxygen from them, eat them, eat who eats them, chop them, and make papers and furniture. But there are more.

Trees are living creatures, who breathe, talk and socialize. They prostrate1 to their creator. They sometimes cry2 for loved persons when they leave them aside. These and more reasons are there to learn from trees, respect them and love them.

They erect tall and high on earth and pride themselves on being the most towering living creature on earth belittling the arrogant humans and asking them to be humble.

They outlast any other living creature on earth and stay alive for thousands of years3 emitting oxygen, again telling us to be humble and asking us to utilize our short stay on the earth giving more to others and taking less from them.

God, Himself has a Tree - a Lote Tree - which stands high between Allah and all the rest acting as a glorious veil that separates Allah from the rest. This ultimate boundary by this Lote Tree reminds us where our little knowledge ends and the vast unlimited knowledge of Allah starts. This tree is named in the Quran as the Sidratul Muntaha4. 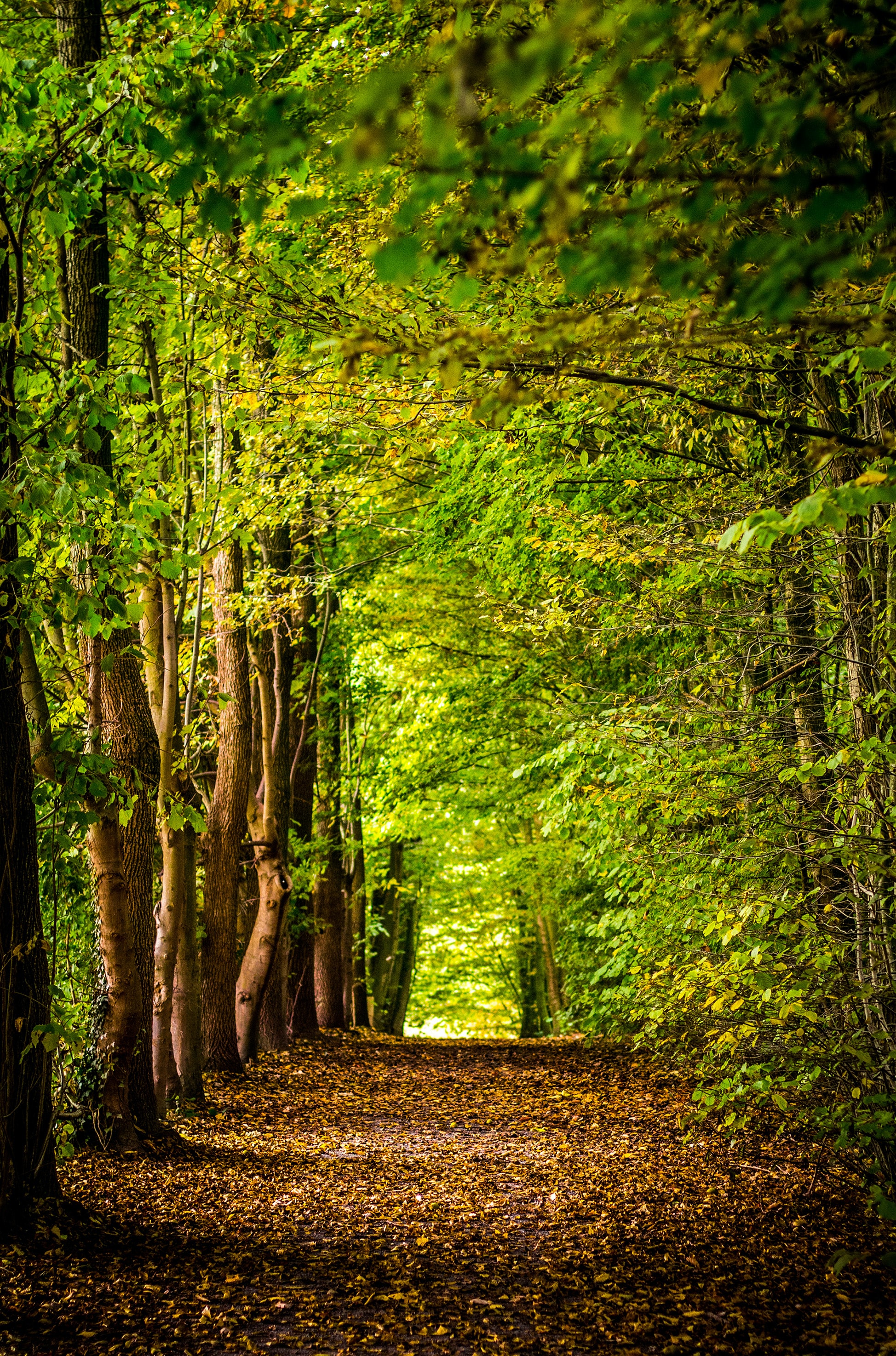 Often we amaze our kids with stories from “enchanted forests”. In a sense, these are not fairy tales. Forests are always mysterious with lots of strange things happening there. Forest with its greenery brings joy to the heart. Allah used the word “Jannah” to describe our eternal place in the Hereafter. It means gardens or forests. Allah used this term to attract us to the world He created for the believers after the Day of Judgement. Jannah or Paradise is so green that it is blackish green5. They grow in fertile land and drink the purest water and become dark green. They provide enchantment to the people of Paradise.

Speaking about paradise and trees, let us not forget the very story of our creation: Adam, Eve, and the tree. Adam was asked to enjoy paradise except for one tree, he is supposed not to come close to it. He came not only close but he -and Eve - started to eat from the forbidden tree. His and Eve’s nakedness was exposed, and they had to cover up using - again - tree leaves. That was the first encounter between a man and a tree. The relation is deep-rooted (pun intended!) and goes to the first days of our creation.

Let me stay with trees and paradise a bit more. In Paradise, there is a tree so huge that a fast galloping horse rider would spend 100 years trying to cover the length of its shadow but would fail to cover this vast distance6.

Let us talk about friendship with trees.

Once we were with the prophet Muhammad on a journey. We came to take a rest on plain land. The prophet went off to relieve himself and I followed him with a pitcher of water. The prophet wanted to shield himself behind something but none to be found except two trees on a distant border. He went to one of them, grabbed a branch, and started to drag it. That branch started to elongate and follow the prophet like a pet following its master until the prophet came to the adjacent tree and similarly dragged a branch of this second tree. Until the prophet came halfway between the two trees having thier branches in his hand. The prophet finished his biological needs now well protected from eyes sheltering behind these two branches. Once he is done the two trees went back to their initial posture7.

Sometime in the future and in the land of Isreal an amazing story of friendship would take place. Muslims would gain upper hand over the occupying Jews and Jews would get killed at the hands of Muslims. Jews disperse desperately and start to hide behind trees and rocks. Lo and Behold! the trees and rocks would start to talk: “O Muslim, O servant of Allah, here is a Jew hiding behind me. Come and kill him”. Except for a particular kind of tree that would not speak! The name of this tree was identified in the hadith as “al-Gharqad”8.

Trees give up lessons in social cooperation. Trees support their neighboring trees in need and send them food and gifts. They touch and exchange these gifts beneath the earth at the root level. When they are in danger - for example by a predator - they release chemicals in the air and warn neighbors9.

Allah taught Noah the art and science of ark-building from tree logs. Trees enabled him to build the ark that preserved mankind and all animals from extinction when the great flood wiped out everyone except those who boarded the ark.

Trees are always symbols of peace, sanctity, and ethics.

Let me tell you about a utopian city: Makkah. It is a utopia on earth because in this place the objective of the creation is satisfied. It has the house of the Lord and worshipers pour from all corners of the earth to this place. This city has special sanctity: no trees to be uprooted, no wild animal to be disturbed, and no blood is allowed to be shed on this land10. Makkah enjoyed these special characters because this city stands as the powerhouse of the earth. Muslims around the globe face this house during their prayer. This is the city at the heart of mankind fulfilling their very reason for creation, and in this city, Allah fulfills the very reason for creating the earth: and that is worshiping Allah. This earth would dismantle the moment this House is demolished because then the earth loses its purpose and no one is there to worship Allah11.

Trees have a special place in the heart of Muslims. Abu Bakr - the first Muslim Caliph - used to remind the army before departing Medinah: “ … do not demolish buildings, do not uproot fruit-bearing trees except for greater benefit, do not slaughter animals, do not burn date trees, do not drown them, do not betray, do not mutilate dead corpses, …”

Human being has the potential to build a friendship with nature and trees, and he has the potential to screw up everything. Let me tell you the story - a utopian story - that would happen in the future - and close to the end of times. Upon the second coming of Jesus, he would get rid of evil on earth. The earth would have its shutdown-and-restart moment. Allah would ask the sky to pour rain and would ask the earth to flourish with plantation. The result is complete harmony between human beings and surrounding nature. Fruits will be giant in size, so giant that a single pomegranate would suffice a number of people. A cow’s udder would hold so much milk that would fill the tummy of a tribe! This is only possible when justice is established, the right religion is practiced, and evil vanishes12.

Trees have this mysterious friendship with the pious, and the mysterious enmity with the cruel. In the middle of hellfire, there will be a tree that would punish the wicked people of hellfire. It has a nme: az-Zaqqoum. It is fire-proof. It will not burn in fire, but rather be nourished and fueled by it! It would be food for cruel people. However, the fruits of this tree will turn so hot and painful for the people of hellfire as if they are drinking boiled lead13.

Allah has created this entire earth and heaven for us so we thank Allah and use these bounties to propagate the mission on this earth. This necessitates using resources responsibly. Given this worldview, we are allowed to chop-off trees not for fun or excessive use, but rather to the extent that helps us build human civilization. Doing unnecessary chopping of trees is “Fasad” or mischieve according to the Quranic language14. Unfortunately, the world today is been led by corporate capitalism and its elders who care less about the environment. Their goal is to maximize the personal profit that feeds the coffer of the elites. They don’t care if the entire forest gets chopped off as long as their furniture, paper, weapon, or fossil-fuel business is flourishing.